Taekwon-Do is a great way to get fit, learn self-defence and build confidence.

In Taekwon-Do, as in life, the more you put into it, the more you get out. Whether you are a novice student or an experienced black belt, there is always room for improvement and mastery of your Taekwon-Do.

Do Taekwon-Do aims to provide information and guidance to allow all student to do Taekwon-Do to the best of their abilities. 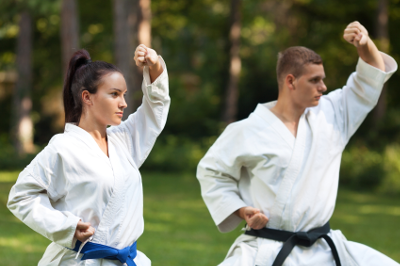 Patterns are one of the principle mechanisms of learning Taekwon-Do. As a student progresses through Taekwon-do they will learn progressively longer and technically harder patterns. 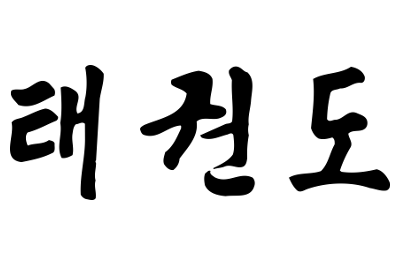 When learning Taekwon-Do, a student will also have to learn the names of different moves in English and Korean. 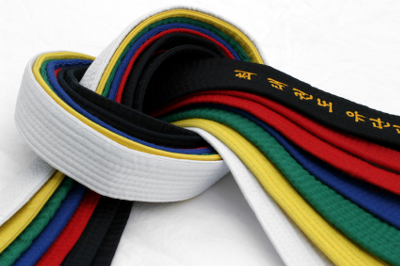 Once a student has completed the necessary amount of training, they can attend a grading to gain their next belt.

Translated literally, Tae Kwon-Do means 'Art of hand and foot fighting'. It is more than that however. It is the scientific use of the body in methods of self defence, a body that has gained the ultimate use of its facilities through intensive physical training. It is a martial art; its discipline, techniques and mental training are mortar for building a string sense of justice, fortitude, humility and resolve. It is this mental conditioning that separates true practitioner from the sensationalist, content with mastering only the fighting aspects of the art. ... read more

The name Tae Kwon-Do as every student knows, did not exist until April 11 1955, when at a meeting of leading masters, distinguished historians and politicians, General Choi HongHi 9th degree submitted the name Tae Kwon-Do and the syllabus of his art, which was unanimously accepted and also received the approval of the Korean President. Therefore unifying the various Kwan’s such as Dong Soo, Gong Soo, Kwan Bup, Tae Kyon, Soo Bak, Kang Soo and others.

But What led to this?

Korean’s first known and historically documented system of fighting techniques were practised about 600AD in the Silla Kingdom (Southern Korea). These ancient and primitive techniques were systemised into a style known as Soo Bak-Gi. Tae Kyon (known as the Korean art of foot fighting) shortly followed this and was used extensively by early dynasties for recruiting and training their armed forces.

It was during the Koryo Dynasty that it became a formulated system consisting of some basic movements, which included leg and hand techniques as well as jumps, rolls and falls.

However, these arts were to decline during later dynasties as an anti-military position was adopted. Further decline was to follow in 1909 when Korea became a nation occupied by the Japanese, who outlawed the practice of Tae Kyon along with many other Korean customs and traditions.

Tae Kyon was only to survive due to the efforts of people like Masters Song Duk Ki and Han Il Dong who would not let their heritage die.

In 1933 a young General Choi was sent by his father to learn the art of calligraphy. His teacher was Han Il Dong who had practised his art (Tae Kyon) relentlessly but in secret since the occupation.

On seeing the small frail looking boy, Master Han decided not only to teach him calligraphy but also Tae Kyon. For the next few years General Choi was to practice Tae Kyon under the watchful eye of Master Han. In 1937 General Choi was ssent to Kyoto, Japan to fuether his education. Whilst there he studied Karate under a fellow Korean, Mr Kim, attaining a 2nd Degree Black Belt.

On returning to Korea during World War II, General Choi, like so many of his countrymen, was forced to enlist in the Japanese Army. Whilst posted at Pyongyang he was implicated as a planner of the Korean Independence Movement and sent to a Japanese prison. Whilst there he started to lay the foundation of the new art, teaching his fellow inmates. General Choi was released from prison and Korea liberated at the end of the war in 1945.

In January 1946 General Choi became a 2nd Lieutenant in the newly formed Korean Army. Later he was assigned to Kwang-Ju as a company commander. Whilst there he taught the whole company the foundation of the new art.

On being promoted to 1st Lieutenant he was sent to Tae Jan where he not only taught Koreans but also American troops stationed there.

The next few years saw General Choi consolidating the basic foundations of Tae Kwon-Do while pursuing his military career. By 1949 he had the rank of full Colnel and with it the opportunity to go to study at Fort Riley Grand general School in Kansas U>S>A> whilst there he gave America it’s first full taste of Tae Kwon-Do.

The years to 1953 saw General Choi organise the Korean Grand General School in Pusan. As Assistant Commmandant and Chief of the Academic Department in 1952 he briefed General MacArthur on his visit to Kang Numg and at the time of the armistice he was in command of the 5th Infantry Division.

In 1954 General Choi activated the 29th Infantry Division (see pattern Hwa Rang) at the Cheju Island and the Oh Do Kwon (Gym of My Way). Whilst there, along with Major Nam Tae Hi, he was also commander of the Chon Do Kwan(Gym of the Blue Wave) which was the largest of the civilian gyms.